Elder Willie C. Hayes, affectionately known as “Nick” left this earthly life on Thursday, September 8, 2022, at Rose Arbor Place in Kalamazoo, Michigan. He was born on March 4, 1937, in Robinsonville. Mississippi. He was an only child. His parents were Lillie Buckley and John Hayes. At an early age, his mother passed, and Willie was raised by his grandmother, Gertrude Buckley.

Elder Hayes accepted Christ and was baptized at an early age. He worked tirelessly in the church as a Sunday school teacher; he served on the deacon’s board, he was a janitor and he loved to sing in the choir. He loved the Lord with all his heart and soul. One of his favorite songs he loved to sing was “Lord, I Know You Been So Good.” His favorite song that he sang was “Father I Stretch My Hands to Thee.” He was an active member at Lily of the Valley Church under the leadership of Bishop Darryl K. Williams.

During Elder Hayes younger years, he was a Mason. He was fun loving, charismatic and had a genuine love for automobiles. He bragged about the Grand Torino Cobra that he owned. No one could out race him in that Grand Torino – this included the police! He was a great dresser, and you would often see him dressed in his best attire. He was a jack of all trades and in the winter months you could find him plowing the church parking lot as well as his friend’s driveways. He did not mind providing transportation to many people who needed to go to the grocery store or to doctor appointments. Elder Hayes was a prominent figure in the covert community as well as the surrounding communities. He was a true servant. He always provided service with a smile. Everyone knew him as Elder Hayes, Mr. Hayes, and Deacon or Reverend Hayes. He loved Kentucky Fried Chicken, butter pecan ice cream and Patti LaBelle sweet potato pie. 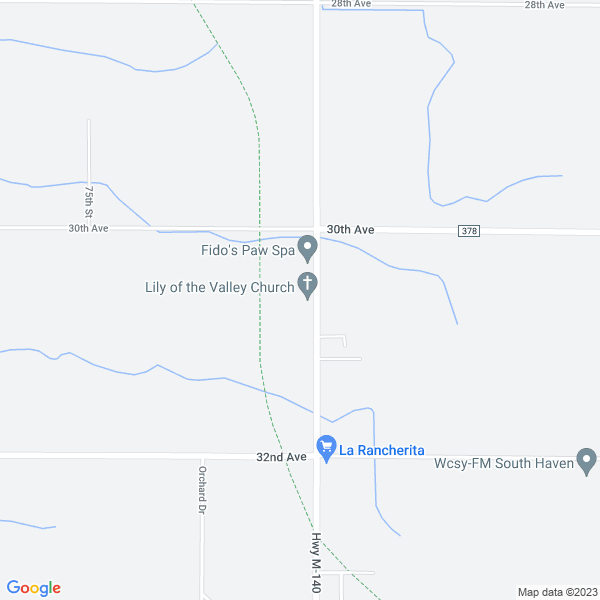 Lily of the Valley Church

Lily of the Valley Church