Our community sadly lost a pillar on Saturday July 23rd, 2022, when Gary Stephen Smith
passed away. Gary was born on April 19th,1939. He was the oldest of 3 children born to Eddie
and Lita Smith.

After graduating from South Haven High School in 1957, Gary went on to further his education
at WMU. He earned a BS in Elementary Education in 1962, then later earned 2 Masters of Arts
Degrees there in Middle School Education in ‘67 and Administrative Leadership in ‘81.

Gary lived in South Haven his entire life and over his 83 years he touched many lives in the
community. Gary served his community in various positions he held over the years and his
actions certainly contributed to making South Haven a wonderful place to live.

Gary spent 20 years in public education as a teacher and then as an Assistant Principal. During
this time, Gary also coached various athletic teams which he did over a span of 3 decades.
Many of his former players still referred to Gary as “Coach Smith” out of respect for the time and
energy Gary spent influencing their lives. Gary believed in hard work and discipline as the
ground work for success both in the game and in life. In 2012, Gary was inducted into the South
Haven High School Hall of Fame which remained one of his most valued accomplishments.
Once a coach, always a coach. Gary finished his working career after 20 years at Palisades
Nuclear Plant where he was employed as the Manager of Emergency Preparedness.

Gary was involved in Habitat for Humanity for 9 years building homes in our community. Gary
also served as an Elder at his church and as the Elks “Hoop Shoot” coordinator for our area
which included many early morning workouts with young people working on their skills. Gary
served on the Board of Directors for the Southwest Michigan Community Action Agency and a
mentor for the Hope Kids program that serves our young children in need of guidance.

Gary was so very proud of his children and grandchildren. He made this apparent by his
attendance at many different activities over the years. Gary was always near a field, an
auditorium or a gym watching his grandchildren and he was never shy to tell you how great his
kids were!

Gary is preceded in death by his parents and his brother Gregg Smith.

Gary’s grandchildren will miss him very much. We love you Grandpa/Poppie.

Visitation will take place at Hope Reformed Church, 1365 Monroe Blvd, South Haven, MI
on wednesday July 27th, 2022, between 10-11am with a service following at 11am with
Rev. Steve Smallegen and Rev. Craig Massey officiating. Gary will be laid to rest in
Chambers Cemetery in Geneva Township. 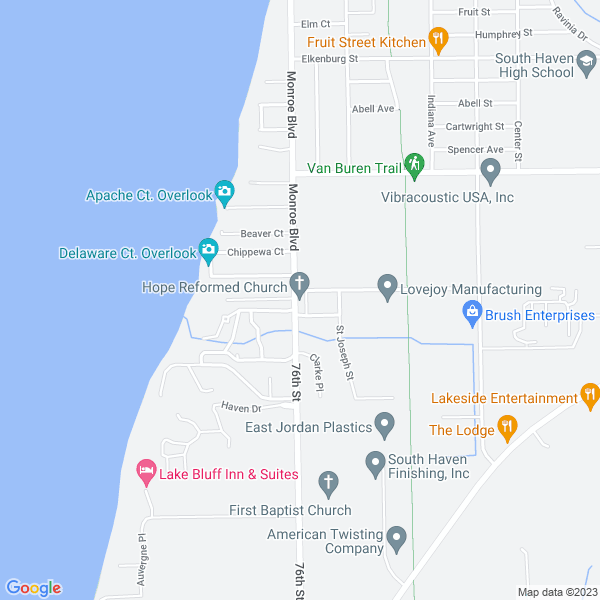